No. 100 Squadron RAF was formed in February 1917 and saw active service as a night bomber force in France. Shortly after the end of the first world war the squadron was based near Dublin and in 1924 it relocated to Kent. In 1930 the squadron became a torpedo-bombing unit and was the first squadron to receive the Vickers Vildebeest in November 1932. The squadron then relocated a few times before heading off to Malaya and Singapore in 1934. The squadron's motto, "Sarang Tebuan Jangan Dijolok" ("Do not stir up a hornets' nest") was coined during their time there.

The squadron's obsolete aircraft (such as the single-engined Vickers Vildebeest torpedo bomber biplane) were no match for the technically advanced Japanese fighters. The squadron were almost completely wiped out in 1941/42. The squadron had received a few Bristol Beauforts but these were quickly recalled to Australia via the Dutch East Indies. These Beauforts were formed into No. 100 Squadron, Royal Australian Air Force during 1942.

The remaining sections of the squadron fought on with the Vildebeest. Following the Japanese invasion of the east coast of Malaya in January 1942, the squadron, along with escort fighters from No. 36 Squadron, attacked the Japanese transports at Endau. Five aircraft were lost but little damage was inflicted. With mounting losses the remnants of 100 Squadron were merged with No. 36 Squadron the following month (February). Retreating through first Java and then Burma the squadron was disbanded following the destruction of the last Vildebeest.

The squadron returned to the UK and was reformed as a bomber squadron within 1 Group, Bomber Command on 15 December, 1942.  On the 23 December, No. 1 Group Administrative Instruction No. 11 was issued that officially dictated the "Formation of 100 Squadron". The squadron was made up of 16 Lancaster Mk. IIIs plus two in reserve. It was the seventeenth RAF squadron in Bomber Command to receive Lancasters. The squadron was based at RAF Station, Grimsby. Wing Commander JGW Swain assumed command of 100 Squadron on 26 December, 1942.

The ground crews that were to form the basis of 100 Squadron were initially attached to 101 Squadron at RAF Holme and 103 Squadron at Elsham Wolds. Here they gained experience maintaining Lancasters.

The squadron's 18 new Lancasters (16 plus two reserve) were flown directly from Avro's assembly factory at Woodford between 29 January to 11 February, 1943:

The mining operation on 4 March, 1943 was the squadron's first Lancaster operation and ED559 was the first operational loss.

From the Operational Report Book for the squadron the operation is detailed as:

"The Squadron was detailed to take part in its first operation (mining trip) today. The Briefing was attended by Group Captain Edwards VC, DSO, DFC and a number of visitors from headquarters, No. 1 Group: Group Captain Constantine SASO, S/Ldr Lindo (Group Navigation Officer), F/Lt Weatherby (RDF). Eight aircraft took off, five successfully laid mines, and one bringing mines back, being unable to obtain a definite pin-point. One aircraft crashed at Langer, Notts on return, all members of the crew being killed with the exception of Sgt. Davies A/G. The remaining aircraft (F/Lt Curle - Capt) failed to return, no news being heard from it after take off. The Squadron was rather unlucky to lose two good crews on its first operational flight." 4 March '43 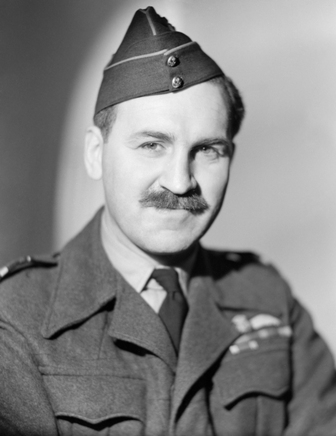 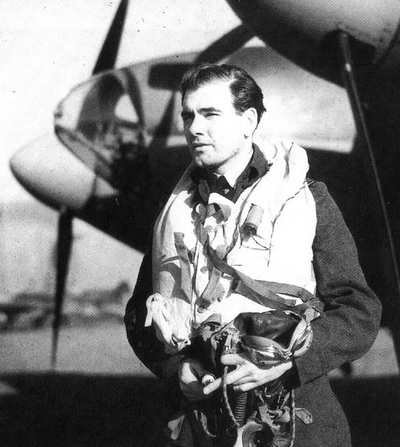 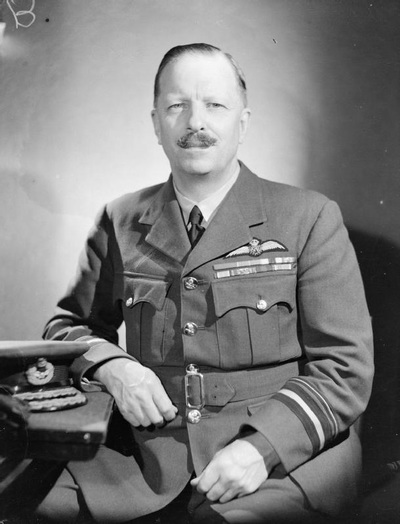 100 Squadron losses during the war

Between this first mission in March 1943 and the end of the war in 1945, 100 Squadron flew 3,984 individual sorties (dropping just over 18,000 tons of bombs) from the airfields at RAF Grimsby and RAF Elsham Wolds. The squadron's losses totalled 92 aircraft lost on operations (plus an additional 21 lost in training accidents) and 594 crew killed.

1 Group was to become one of the largest groups within Bomber Command. The squadrons within 1 Group flew from airfields in Lincolnshire, Nottinghamshire and Yorkshire. During the war the Group lost some 1,500 aircraft on operations and another 400 in accidents (over a thousand Lancasters in this total) and 8, 760 RAF personnel killed on active service and air accidents.
Next: The target
﻿Read a detailed history of 100 Squadron.