As mentioned on the Caterpillar Club page, several of the crew on ED559 had bailed out of a crippled Wellington bomber - number Ic X9876 of 27 OTU (a training squadron for Wellington bombers). On the 16 September 1942, 12 bombers were sent on a bombing mission to Essen. The area around the city was a "primary target" designated for area bombing by the February 1942 British Area bombing directive due to the large amount of industrial premises including the Krupp steel factory.

After taking off from RAF Lichfield at 1948 hours their aircraft sustained serious damage over Essen. Flak had destroyed the port aileron, causing Pilot Officer Curle immense handling problems. He initially thought the damage was bad enough to make preparations to bale out over enemy territory.

However, Pilot Officer Curle managed to coax the bomber back to England and  the crew all baled out at approximately 0315 hours over Wiltshire. The Wellington crashed at Collingbourne Ducis in Wiltshire.

Chapman was sadly killed on Sunday, October 25, 1942 whilst a patient at the RAF Officers' Hotel in the requisitioned Park Hotel in Torquay, Devon. From Australian war records Chapman arrived at the hospital on 20 October suffering from tonsillitis. The hospital was attacked by German aircraft as part of a tip and run attack. Though the building had large red crosses, it suffered severe damage when a 500kg bomb demolished one wing.

In issue 118 of the magazine After The Battle, issue 118, there is an in depth article about the bombing of the hospital. The magazine and also the Commonwealth War Graves Commission both have Chapman as a member of 460 Squadron. 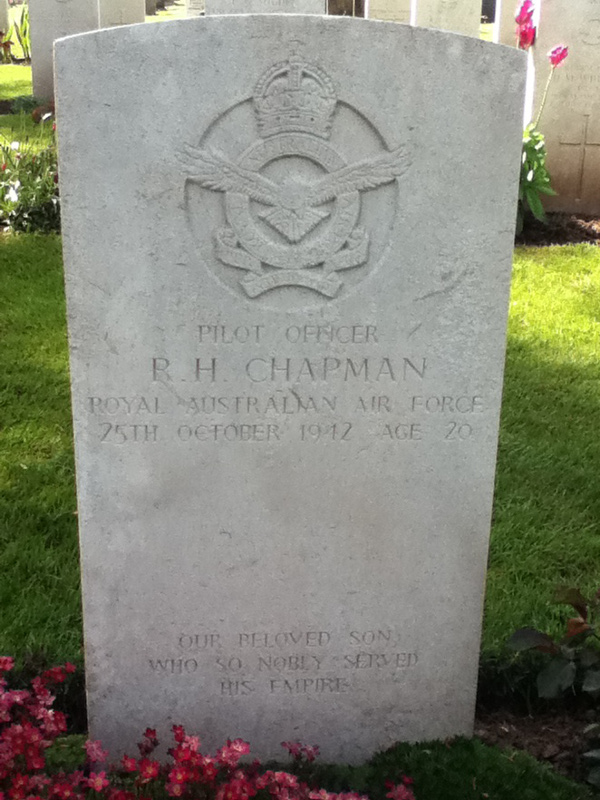