During the Second World War "gardening" was the RAF term given to the dropping of mines from bomber aircraft into the sea. The mines were "sown" near ports and harbours, inland waterways, estuaries (as in the Gironde in western France) and in busy shipping lanes. Throughout Europe the coastline was split into various targets and also given distinct code names; the majority (but not all) were given names of trees and plants.

The regular mining of the coastline forced the Germans to deploy upwards of 20,000 military personnel to deal with the mines. The German navy - the Kriegsmarine - were responsible for mine-sweeping duties, but there was also the placement of searchlight and anti-aircraft batteries to engage bombers attempting to drop mines.

Gardening ops were often used as the first operation for a new crew on a squadron. It's often conveyed that these operations were not all that hazardous but a number of bombers were lost undertaking them. The key issue was that to successfully place the mines in the correct position, a bomber would have to fly considerably lower than a usual bombing sortie over, say, a German city. Accuracy was essential and the bomber would generally fly under 1500 feet. This would make them an obvious target for flak.

Bombers would generally drop several mines on a single bomb run. The navigator and pilot would get the aircraft positioned for the bomb aimer to reduce each mine over the designated area. THe crucial part was to ensure the mines landed in an area that was being used as a shipping lane. This would necessitate mine-sweeping and cause considerable delays to shipping either entering or leaving ports. 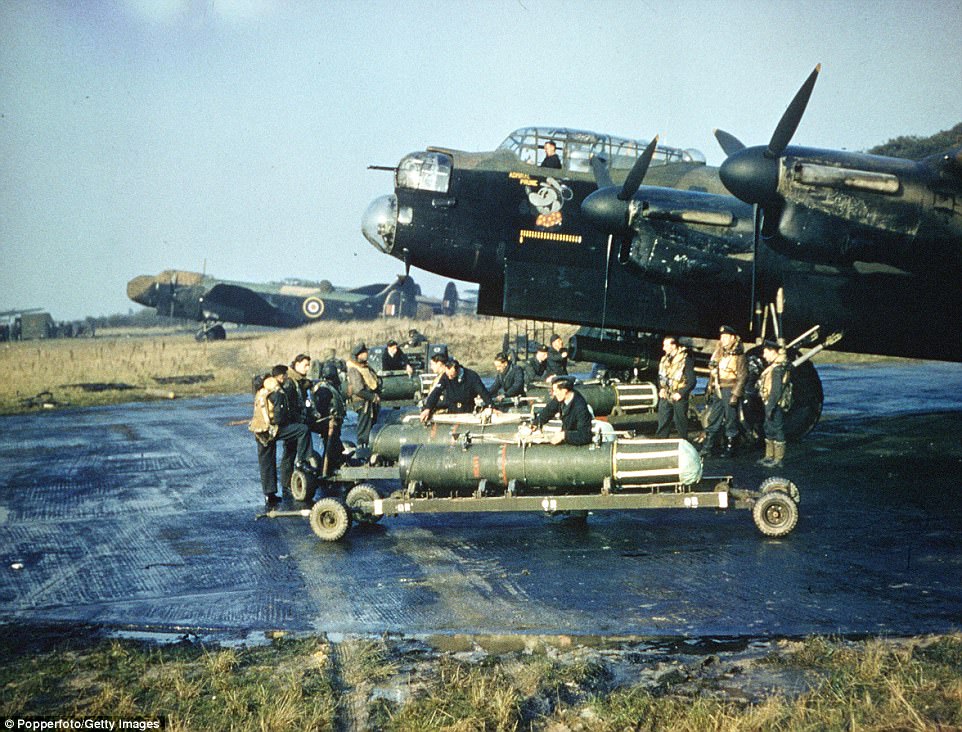 Sea mines being readied to load into a Lancaster's bomb bay.

The art of 'sowing' mines

Dropping mines was no easy task. A number of considerations were taken into account: tides, water depth, approach vector and known enemy dispositions.

​The navigator would ensure the right flight path for the 12-mile timed bomb run. The aircraft's pilot would fly the aircraft at the designated altitude of 1500 feet (450 m), at roughly 180 mph (290 kph) - any faster and the mine's parachute would be ripped off. The bomb aimer would then release the mines - usually four to six - in two to three second intervals. In the case of the Gironde Estuary the target was considerably small - perhaps under a 1000 feet (300 m) across. 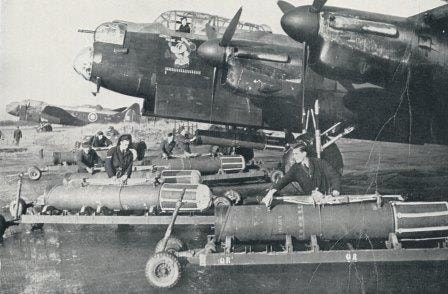 The RAF's aerial mines were completely different to the often seen ship-deployed mines (the large black spheres with horns). The RAF's mines were to be laid in shallow water and after parachuting into the sea, the chute would disengage and the mine would sink to the sea floor. The mine would be set off either by a ship's magnetic interference (set to a specific signal to detonate under larger ships) or via the sound a ship's propellers (acoustic microphones were sensitive enough to pick out different sizes of vessel). Some mines also included a delay mechanism which allowed the mine to prevent detonation until it had been triggered a number of times, for example, the mine could be set at seven passes and explode on the eighth).

Mines (designated 'A Mark X' where X was the mark number) dropped from bombers were approximately 9 feet long by 17 inches in diameter (including a wood or metal fairing). Weighing in at around 1,500 pounds (680 kg), each mine held 750 pounds (340 kg) of amatol or minol explosive. As mines were often dropped close to one another, a device was attached that prevented mines being detonated by one exploding nearby.

Attached at the rear, the parachute enabled the mine to enter vertically. The parachute then detached and drifted away or sank. A fairing on the mine's nose kept the trajectory of the mine true and would disintegrate upon impact with water.

WW2 RAF Air Deployed Anti-Ship Mine
Read an account from a rear gunner shot down on a gardening op in a similar area to ED559.
Back to Research Topics