At the end of November 1942, Flying Officer Harry Riding is attached to N. 1656 Heavy Conversion Unit at RAF Lindholm. As Wireless Operator he is flying the Manchester Bomber with pilots Burr and Curle.

Flying the entire month of December with Flying Officer Curle on day time Circuits and Landings on Manchesters. 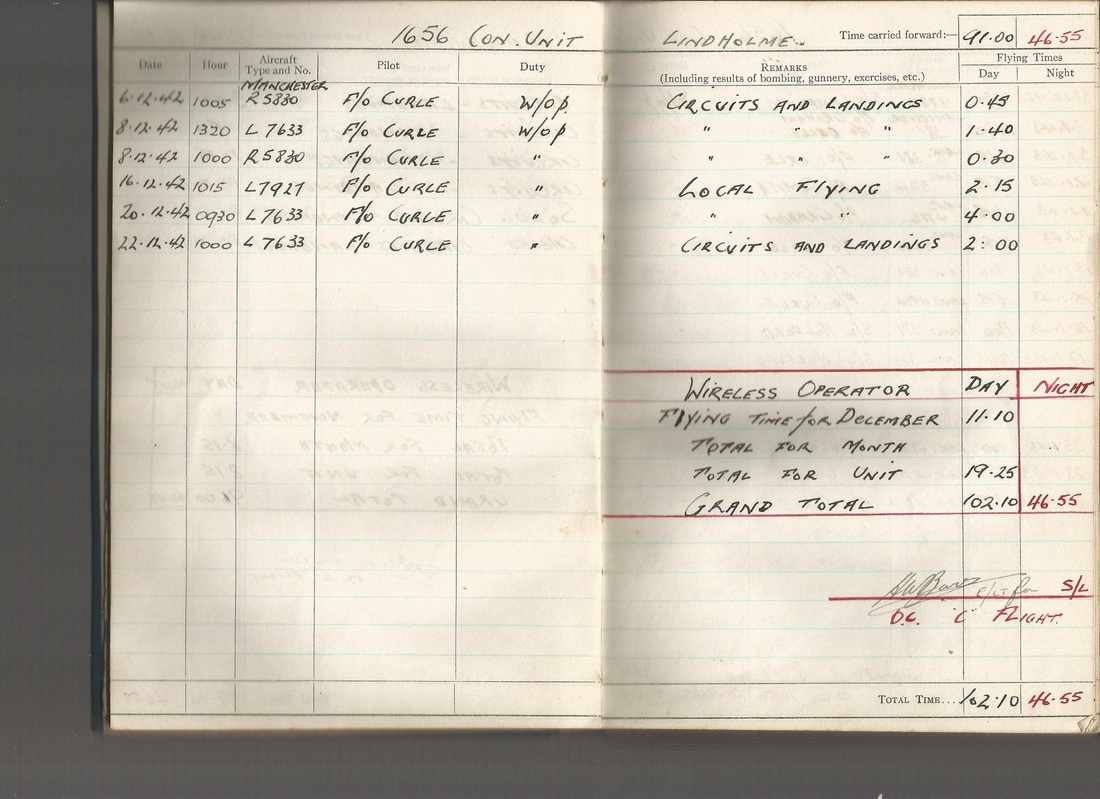 On New Year's Eve, 1942 Harry is aboard his first Lancaster (4780). Early in January he continues training aboard Lancasters and by the 13 January is flying the first night time training operation with F/O Curle.

On the 16 January, Harry flies for eight hours with Squadron Leader Dave Holford on an operation to the capital of the Third Reich, Berlin. Holford would become the youngest Wing Commander in Bomber Command the following month. He would die as a result of crash landing his Lancaster near RAF Grimsby the following December in dense fog. Several members of ED559 are also on this mission - Crapp, Challoner, Durdan and Gooch.

On the 24 January, Harry flies his last training exercise with F/O Curle at RAF Lindhome. A few days later, the crew are posted to RAF Grimsby and 100 Squadron's 'A' Flight. 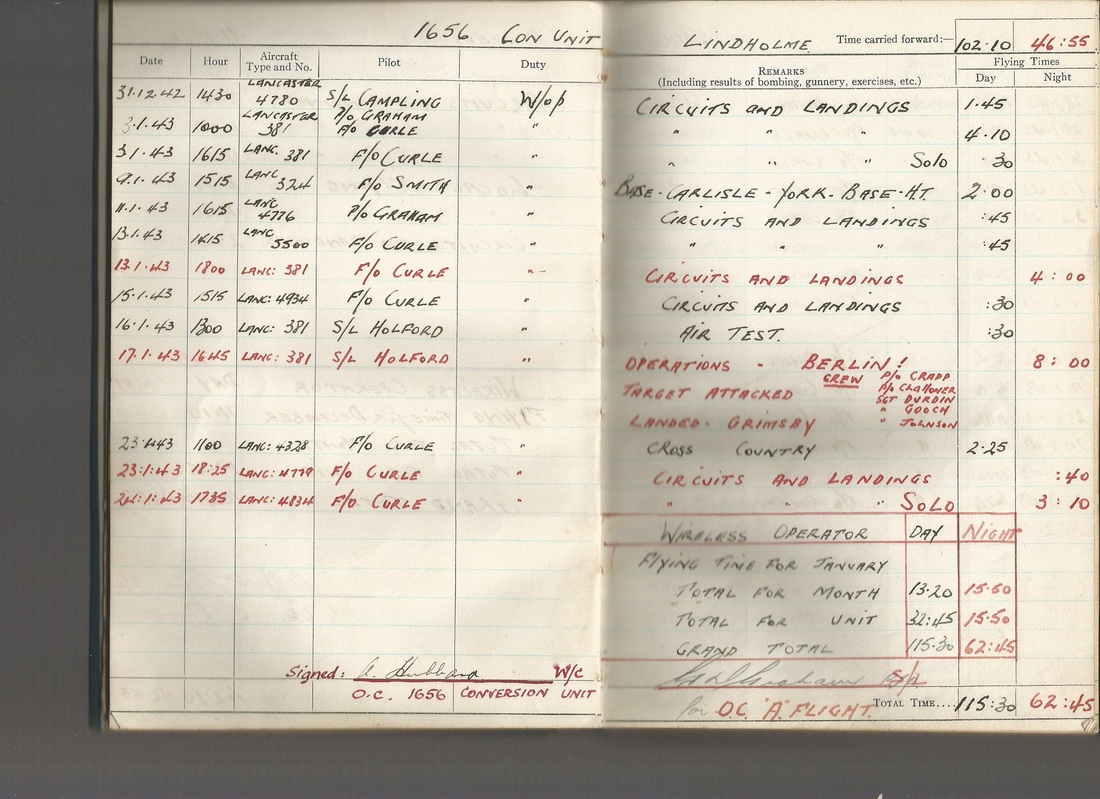 After arriving at RAF Grimsby, Harry boards Lancaster ED391 for a flight with S/L Davies. For the rest of the month (barring a short 20 minute test flight) Harry flies with F/O Curle (Harry notes Curle's rank as F/O but he is actually an acting Flight Lieutenant now).

Harry and the crew are training hard flying all the necessary operations for 100 Squadron's first mission. 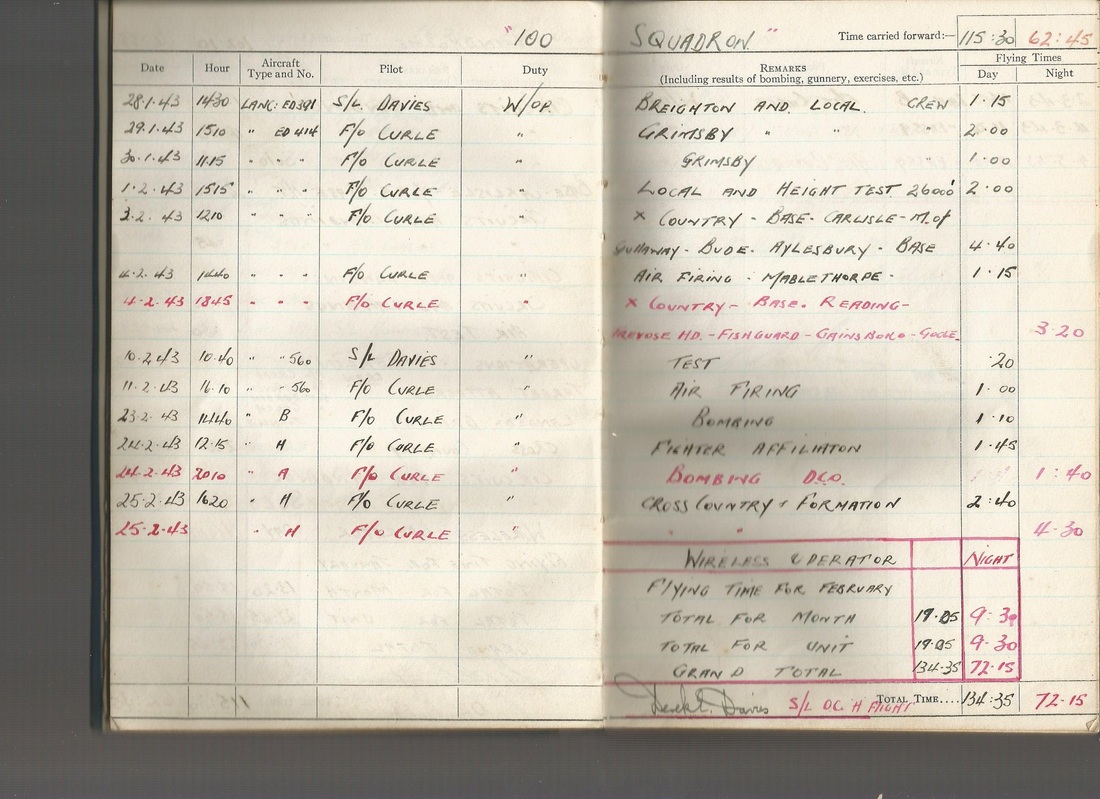 Harry's log book denotes that his aircraft is "Missing from Operation" whilst "Gardening, Bordeaux Estuary". 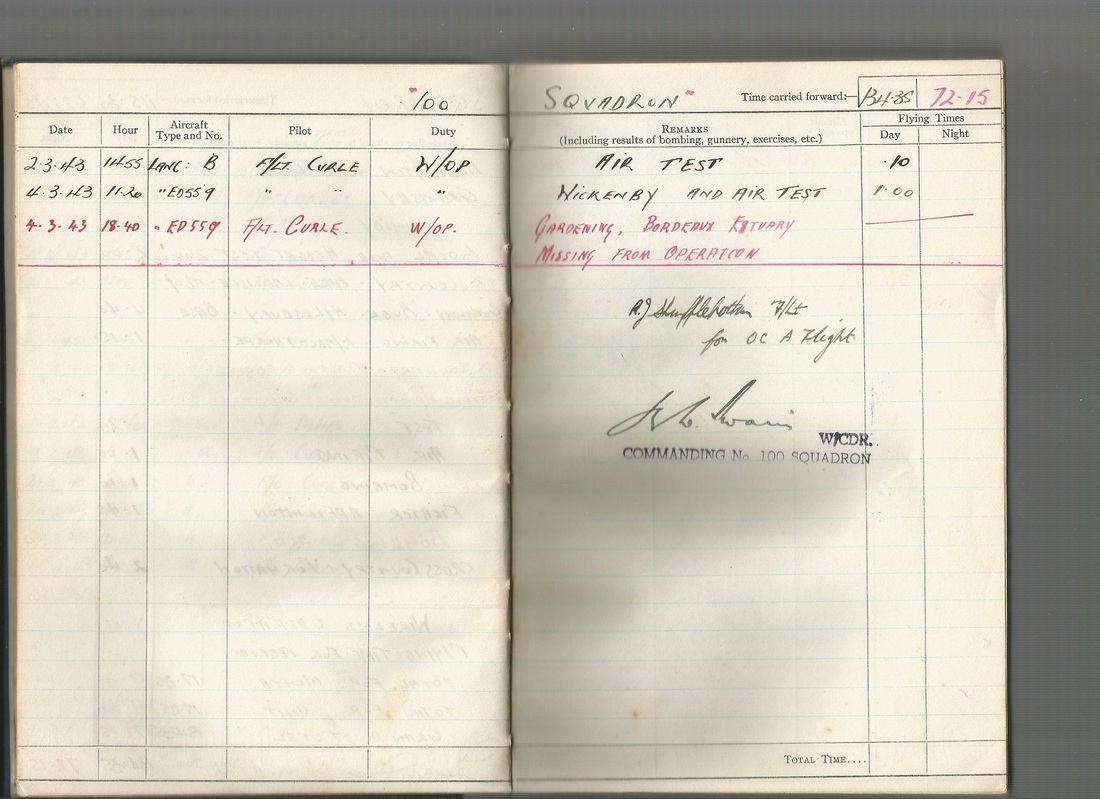 Back to Research Topics